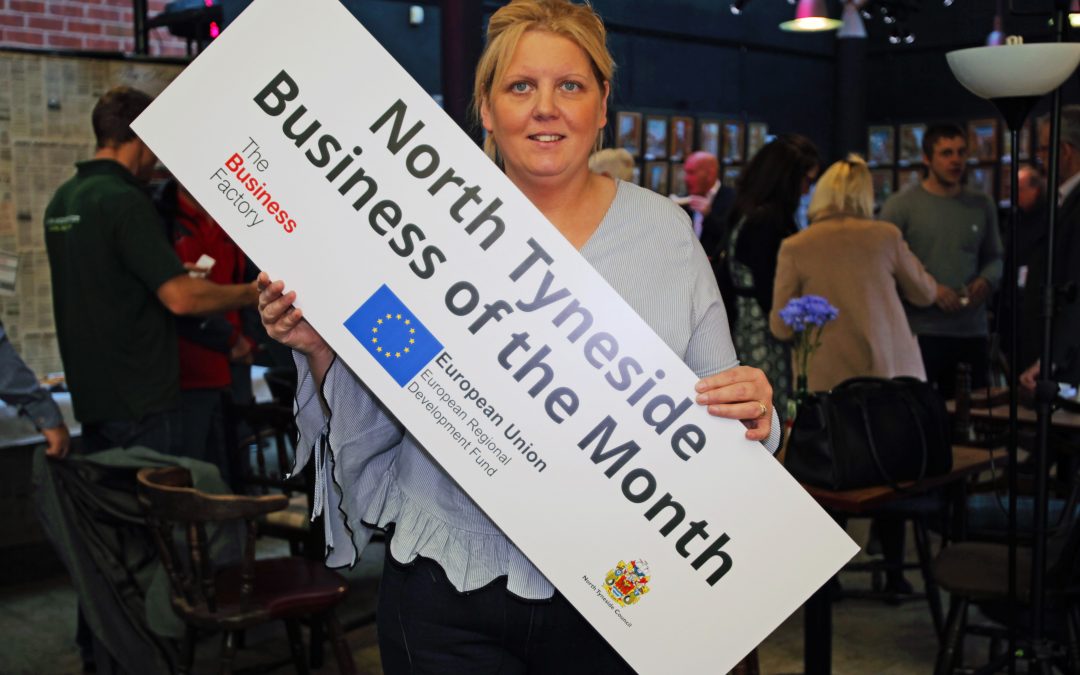 The Pie Shop, a specialist pie shop and restaurant in the heart of North Shields, has been named October’s North Tyneside Business of the Month.

The business, which is owned by husband and wife team Stephen and Victoria Bones, only opened its doors in March this year but has quickly gained a reputation for serving up a range of tasty, quality pies and flavoured mash.

The 40-seater licensed café, last month (September) launched its own ‘Geordie Pie Tea’ – a twist on the popular high tea – and is now attracting customers from all over the region to sample its unique offering.
Having successfully secured an alcohol licence, the enterprising duo are now combining their locally produced food with local craft ales and glasses of fizz, making The Pie Shop a popular venue both day and evening.

Commenting on the accolade, Victoria said: “Dedicated pie cafes are hugely popular in London and the south east but are still quite a new concept here in our region. However, we were confident that if we served up quality pies – featuring old favourites alongside new and exciting fillings- and created a relaxing and sociable environment that there would be a market. Thankfully we were right and we have been overwhelmed by the support we have received.

“Having moved to North Shields from the west end of Newcastle, we were keen to set up our business in the town; while the Fish Quay is fast gaining a reputation for its bars and restaurants and neighbouring Tynemouth offers a wide variety of places to eat and drink we felt that North Shields’ town centre lacked many places for families to go to, particularly outside of typical retail hours.”

She added: “Being named North Tyneside Business of the Month is the icing on the cake – or should I say the topping on the pie – for what has already been a busy and successful year for us. But we have no intention of sitting back and relaxing, we have lots of ambitious plans for the business so watch this space!”

Karen Westgate, Project Officer at North Tyneside Council, said: “It’s great to see such an exciting, new concept come to North Shields and to welcome a new business with such passion and enthusiasm for what they do. In a few short months, The Pie Shop has managed to create a loyal following of customers and create a real buzz in the town centre which will inevitably have a knock-on positive effect on other local business.”

The Business of the Month campaign – which is organised by North Tyneside Council’s The Business Factory – throws a spotlight on the quality of the businesses based here in North Tyneside and highlights the array of support available to the borough’s new and existing SMEs.

Any SME in North Tyneside can nominate themselves or somebody they know to be crowned Business of the Month; simply provide a reason why they think they should be selected and come along to the monthly business coffee morning held the first Friday of every month.

As Business of the Month, The Business Factory will help to promote the chosen company via a range of digital and traditional communication channels – including support from the News Guardian.

Nominations can be tweeted to The Business Factory using the #NTCBiz, posted on its Facebook page or emailed to info@businessfactorynt.co.uk