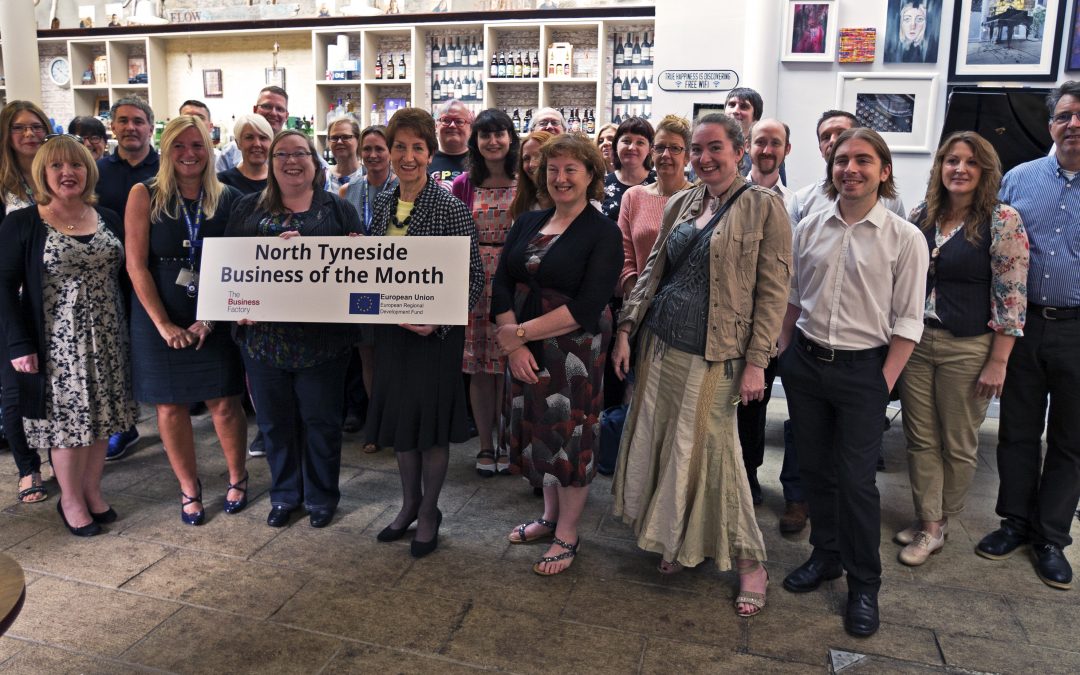 The Made in North Tyneside project, run by North Tyneside Council, was awarded a Promoting Entrepreneurial Spirit Award in the Enterprising Britain Awards. The awards, which are now in their fourteenth year, celebrate the work of public sector organisations that support and encourage entrepreneurialism across the UK.

North Tyneside, along with Business West, has also been selected to represent Britain at the European Enterprise Promotion Awards, in Estonia later this year.

Judges were impressed by the council’s Business Factory project which provides mentoring and bespoke advice, as well workshops such as those attended by tech start-up VREO Innovation, whose camera interface system was installed on The International Space Station. They also help develop innovative approaches to driving entrepreneurialism, such as the Business Start App, which has made it quicker and easier for entrepreneurs to access support and information.

Since the launch of the Made in North Tyneside project in 2012 the area has seen an increase of 56% in self-employment and a higher than average business survival rate.

Small Business Minister, Margot James, said:
“The Enterprising Britain Awards are a fantastic reminder of what can be achieved when we bring together local knowledge and leadership to provide targeted support to entrepreneurs and the innovative businesses they build.

“I want to congratulate North Tyneside Council on the success of the Made in North Tyneside project in supporting more businesses to start, survive and thrive.”

Elected Mayor for North Tyneside, Norma Redfearn, said:
“It gives me great pride to see our Business Team win this prestigious national award for the second year running and it is very well-deserved. Their work has supported thousands of local businesses and entrepreneurs to achieve their ambitions and contribute to the vibrancy of our local economy. They are a credit to North Tyneside Council.”

Other winners include Hull City Council, which was recognised with the Improving the Business Environment award; Hatch Enterprise Incubator for Building Enterprise Skills and Business West for Support for Exporting. Hull was also named ‘the most enterprising place in Britain’, a title previously held by Birmingham.

The Enterprising Britain Awards are part of the Government’s drive to increase entrepreneurial activity in the UK. They are managed by Investment in Young People on behalf of the Department for Business, Energy & Industrial Strategy (BEIS).